Daxx: Mom can I use dad's lighter stick?
Me: Why do you need a lighter?
Daxx: I'm learning how to make bracelets on YouTube and I need a lighter stick.
Me: I think your dad used the last of it for the grill.
Daxx: But we use Cocaine!!
Me: Cocaine??
Daxx: Yes.
Me: Co..Caine.
Daxx: Yes! Cocainnnne.
Me: Who is using Cocaine!?!?
Daxx: WE Do!!
Me: We do?? You use Cocaine?
Daxx: Yes and Dad does.
Me: Daxx where in the world would your dad use Cocaine?
Daxx: In. The GRILLLL! 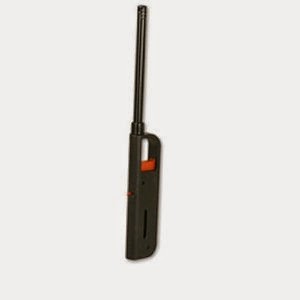 Me: ...blink....blink... I think you mean ProPane. (Emphasis on the p sounds)
Daxx: Propane. We use propane!!
Me: What were we talking about?
BLOGGED BY momwithbrownies 3 comments: Links to this post 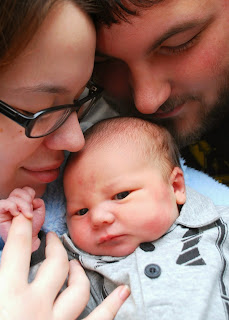 I found out I was going to be a grandma and flipped my lid!
I haven't blogged since Axel Ray Stewart was baking in his mommy's tummy. There was so much to do; What with waiting and fidgeting and looking up stuff on the internet, and waiting....

He is 5 months old and says, "I love you Grandma Shelly" all the time. Just ask me...nobody else can understand him. It's sad really. All he talks about is me and nobody can understand a word he says. But I digress...

I'm not blogging about our precious Axel today because it will take forever and I have to get the pictures gathered for a proper introduction: So this first blog post in over a year is about our son, Kole.

Kole has been a Young Marines member for over a year now. He enjoys all the camping, volunteerism, hikes, 5k runs and other exciting adventures they get to accomplish.


Enjoys??  That's not the right word. He is, like, INTO this thing! 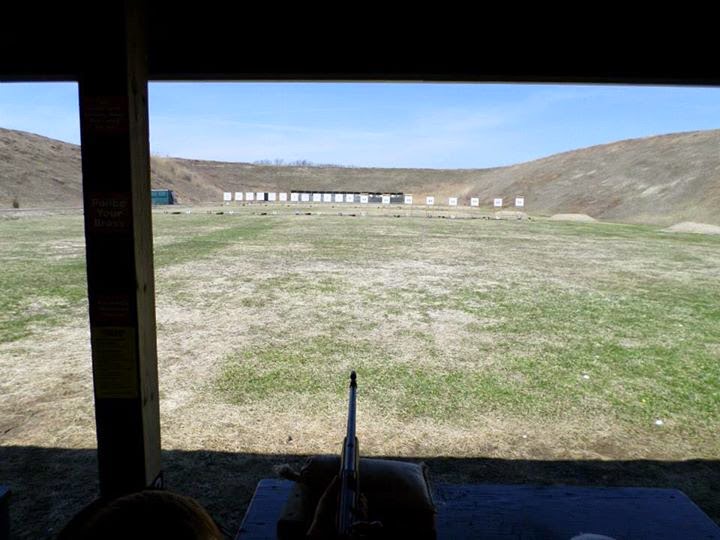 Firing AK's and other guns has been a highlight. He hit bullseye at 50 yards out, earning a second place trophy in the 16 and under group.


Did I mention that Kole is 10 years old?
Yeah, we're a little proud of him.

At any rate... I have a point...I've said all that to tell you about this little nugget that happened over the past weekend.

Some of Kole's Young Marine Squad chose to camp Friday through Sunday, in the rain, and work 10 hour days at The Selfridge Air Show. Kole came home Sunday night tired, happy, exhausted and full of stories.  One of his adventures went something like this.... 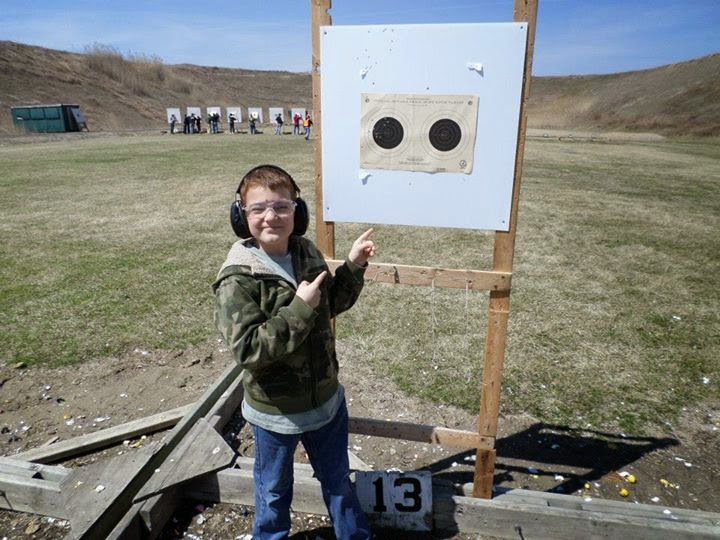 KOLE: "This Blue Angel guy asked us what we wanted to be. I said a pilot. He asked if I wanted a ride and I said 'Nah, I'm tired.'   Later he took me up into his plane. (#6) I sat in his seat and wore his helmet. The pilot guy asked me if I was pretty sure I wanted to be a pilot because gunners and other stuff paid more. I said, 'You get PAID to do this crap?!?' He started laughing." 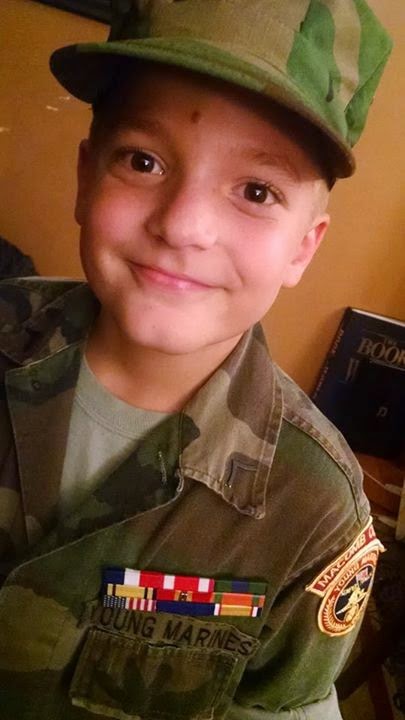 Kole: "I don't have pictures."

Me: "Why did you say no?!" (trying to stay calm, but my voice became a "little" screachy.)

Kole: (sighing)
"I toolld you. (slumps back onto couch and cuddles with me...exhausted)
I was tired from working all day."

Me: "But, Kole...uuuuhhh....you...You Say YES when a Blue Angel offers you a riiide in the plaaane."

Me: speechless, sighing, kissing his sleepy head...a little impressed with him

I told Kole he could look the pilot up on Facebook and friend him. Kole informed me that was creepy and stalkerish. Aaand.. he can't remember the pilot's name. *Whahhh*


Yeah, Yeah...I know...
That wonderful, generous, education minded pilot probably couldn't have REALLY taken Kole for a spin due to insurance reasons or, you know, G-forces causing traumatic damage to a 10 year old...BUT...
He Asked!
That is more than most people will ever be able to truthfully say in their lives.
You are loved Kole Daniel!...and so are you, Blue Angel #6
BLOGGED BY momwithbrownies 2 comments: Links to this post 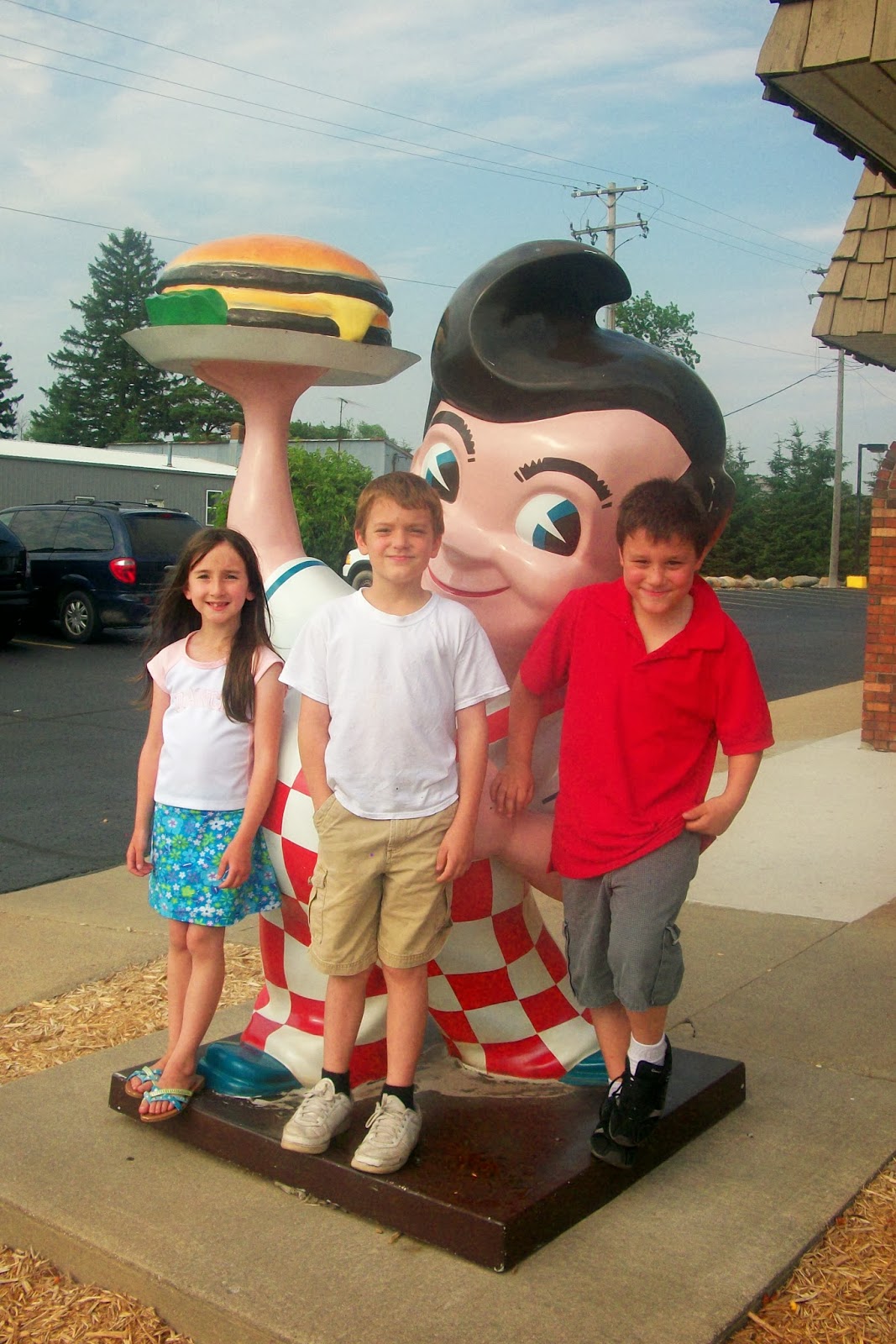 Okay, the stuff to know... There will be random pictures throughout this post because I haven't been blogging, but I still want the pictures to print in our Annual Family Hard Cover Book that I order each year from Blog-To-Print.  Please just bear with me on this, and Kids...I'll try to write a little not about what the picture is about, even though it has nothing to do with the new grandbaby! LOL

Becca and Kazz are due April 2nd but the baby measured big so we'll know more
October 15th after the next ultra-sound.


We might even get to find out the gender of the baby at that point!! 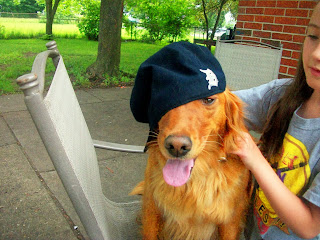 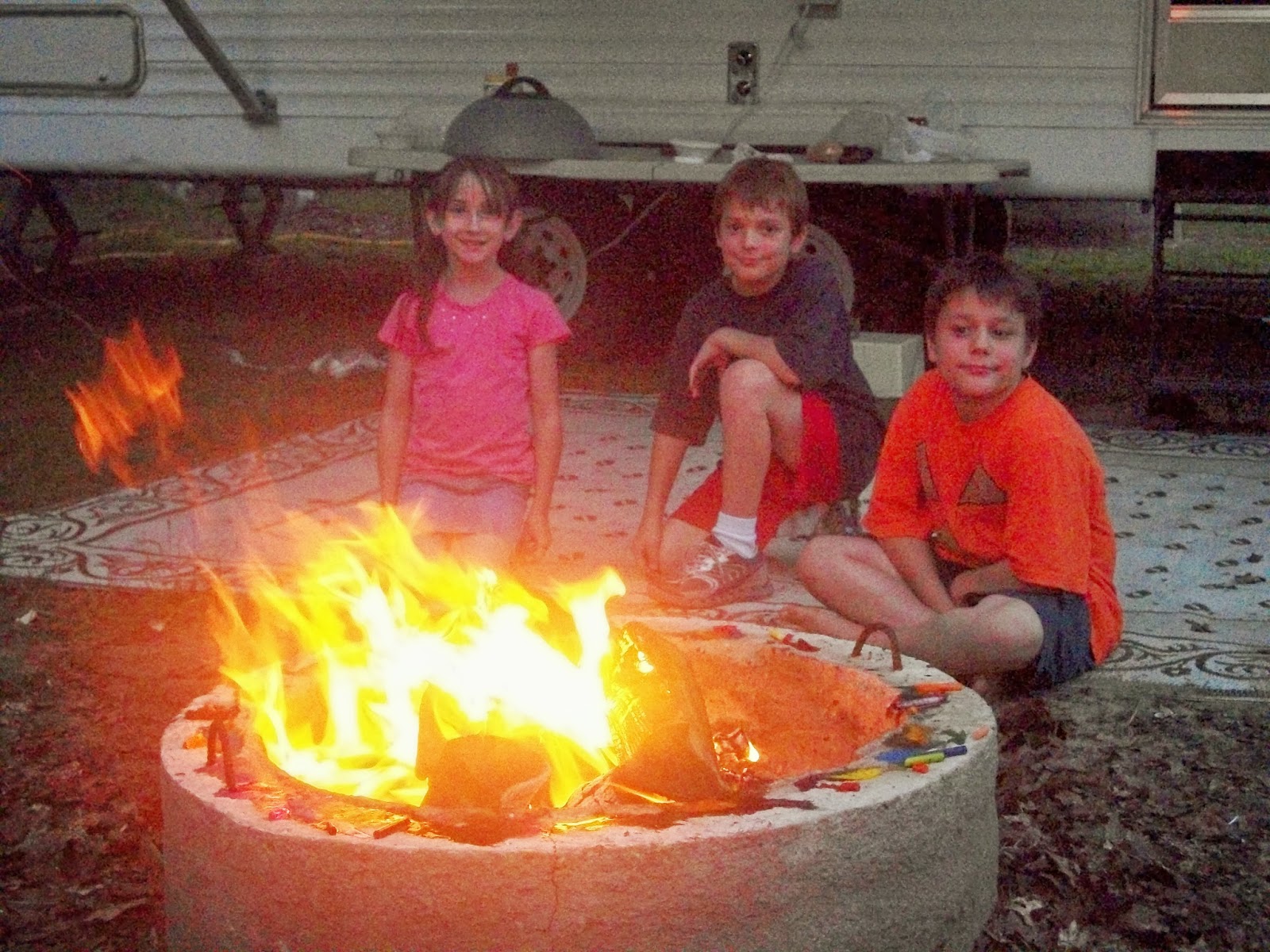 Knowing this, Becca and I have been doing a little "research" on the Internet.  There are old-wives-tales that help expecting mothers try to guess the gender of the baby.  There are A LOT of old-wives-tales!  Becca did 16 of them and will be taking an Intelligender test this week.  So, here are the results of the "tests" and Becca's results are under each in Red. 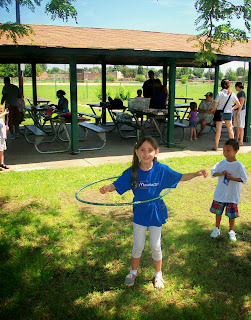 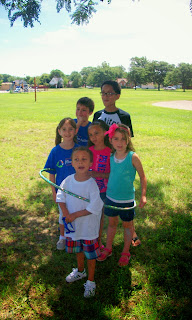 13.  Father gains weight = Girl
GIRL
14. Right Breast is bigger than the other =  Boy
Left Breast is bigger = Girl
GIRL
15. More Headaches?  = Boy
GIRL
16. Have husband go into a room and put a Fork under a pillow and a Spoon under a different Pillow.
Go into the room and sit on a pillow.  If you sit on the Fork you're having a Boy and if you sit on the Spoon you're having a Girl.
GIRL 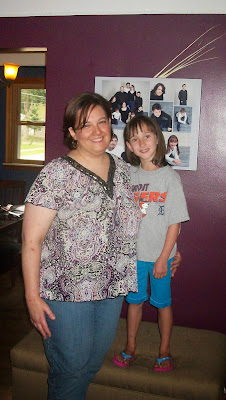 During all of this fun, I remembered an old wives tale that is supposed to predict how many children a person will have, and the gender of each child, for any person.  You hold a large sewing needle, hanging from a piece of thread, over a person's wrist.  If the needle goes in a circle it means "girl" and if it goes back and forth, it means "boy".  You hold the needle over the person's wrist until it comes to a complete stop.  It may go around, stop, go back and forth, stop and so on until it comes to a complete stop.

I did this with everyone in the family and here are the results.


I cannot WAIT to read this in the future to see if it is at all accurate!!

(Picture: New Haircuts for 2013)
BLOGGED BY momwithbrownies 3 comments: Links to this post 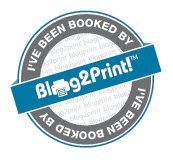 We're one of those kooky, Christian, families with more than 2.5 children.

This blog is for my kids.

When I've gone the way of the Dodo bird, they'll have this blog to read. It serves as our family scrapbook because I am NOT buying any more of those wavy scissors!

Copy the blog and make it into a book kids, Momma Loves You! :o) 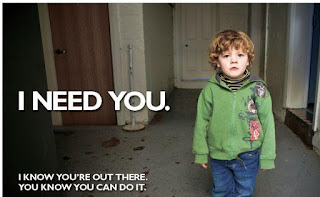 My Brian and Me 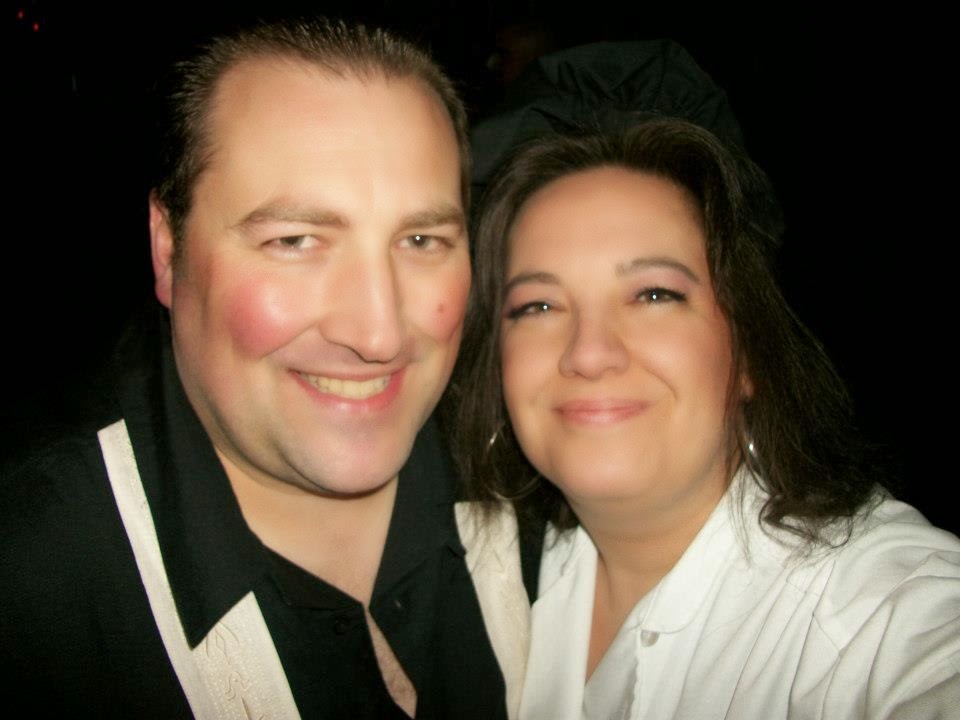 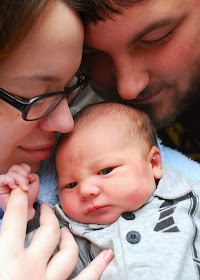 I stand, I wait for time to end,
My time to end! When will it end!?
I hear of God’s Forgiving Grace...
Too far-gone to reach His Face.

I made the road you’re standing on.
What is too far? How long’s too long?
I made the time you’re living in.
My Blood will cover any sin.